It seems more and more frequently, ultra-luxury retailers are announcing their foray on Toronto soil: Yorkdale will soon be welcoming Bulgari, Jimmy Choo, Moncler and Versace; Agent Provocateur will open its doors on Bloor Street later this month, and the designer department stores wars are already in full effect with Saks Fifth Avenue and Nordstrom opening their doors mere meters from each other in a short while.

Why the sudden demand for designer duds? For starters, Torontonians are rich. The average household income here is approximately $70,000, while comparatively Chicago and New York City only bring in about $50,000, respectively. Also consider our insanely high population of spendthrift singles living condo life and it’s easy to see why luxury retailers are clamoring to get here and get those dollars.

Saavvily stalking our spending habits for some time, luxury retailers have taken note that us Canadians shell out a pretty penny for luxury goods while shopping online. When news broke (and shocked) that the flagship Hudson’s Bay on Queen St. would be transformed into a Saks Fifth Avenue, the move was actually calculated and strategical. After studying our online luxury spend-happy habits, Saks will open its doors and welcome those insatiable designer shoppers and stock the store full of luxury goods, saying the Toronto store will carry even more high-end and prestigious brands than its US counterparts.

Not to be outdone and out bought by the arrival of Saks, Canadian mega-luxury retailer Holt Renfrew announced their expansion of an enormous and opulent men’s shop to expand their scope and satiate the demand (presumably for the Bay Street Boys), claiming their stake in the luxury department store fight.

Holt Renfrew is the true embodiment of the Mink Mile, but there are plenty of other super deluxe shops along the way, too. A retail-insider.com article recently detailed a shopping experience at Canada’s only Richard Mille store in Yorkville, which perfectly illustrates why the recent influx of luxury retailers are setting up shop here. The shop, which sells “half million dollar tourbillion watches – the same kind that Rafael Nadal had stolen from his locker at the 2008 Rogers Cup – to the handful of uber-rich that can afford them.” But who can actually afford $500,000 watches? The writer of the story wondered the same, “ask[ed] the salesman if any of them have sold, and was informed that they’ve been so popular they’re on back order.” 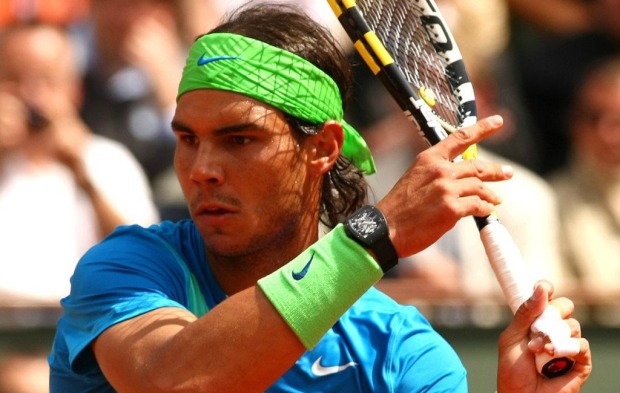 Smart luxury retailers have taken note of this, like Kiton, who just announced they will soon be opening their only Canadian store in Yorkville. Carrying lust worthy international names like David Yurman, Christian Dior and Bulgari, Kiton will surely be a necessary shop stop in the ever-growing Mink Mile.

The ultra-rich Toronto shoppers are more affluent and numbered than you may think: “A recent report by Wealthinsight ranked Toronto 15th in the world when it comes to the number of millionaires that live here.  At 118,000 millionaires, Toronto ranks ahead of cities like Chicago, Sydney, and Moscow. Furthermore, the report goes on to say that when it comes to the number of multi-millionaires who live here, there is a healthy 1,184 individuals living in Toronto, once again placing it ahead of Chicago, Sydney and Moscow, and vaulting it ahead of Los Angeles, Geneva, Shanghai, and Rome.” With one luxury retailer after another opening its doors in Toronto, the mega-rich will surely have no lack of choice when shopping.